Washington State University students Frances Ward and Jonnie Bray are the newest recipients of prestigious Udall Undergraduate Scholarship awards. Each woman placing among the top 11 percent of national recipients in their respective Udall categories; a total of 416 eligible Udall applications were nominated this year by 187 academic institutions. Ward and Bray will each receive $7,000. 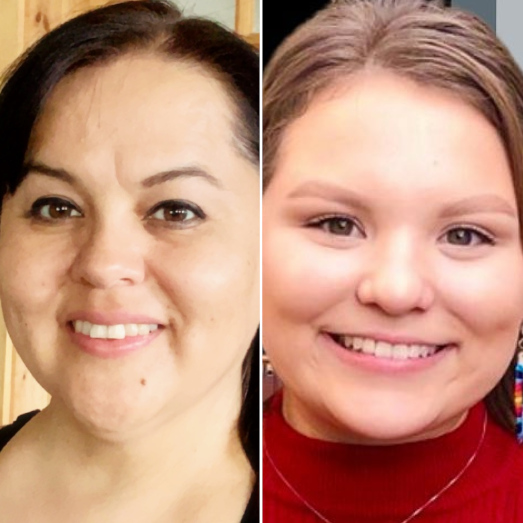 “We are very proud of their achievements and that the Udall Foundation believes in the impact they will have on many lives in the future,” said April Seehafer, director of WSU’s Distinguished Scholarships Program, part of the Division of Academic Engagement and Student Achievement (DAESA) in the Office of the Provost and Executive Vice President.

The awards, honoring politicians Morris and Stewart Udall, were first made in 1996 to support study in three categories–fields related to the environment and to Native Americans and Alaska Natives in fields tied to health care and tribal public policy. Ward and Bray will each receive $7,000 for their WSU education. They will also attend a virtual week-long Udall Scholar orientation to network with fellow recipients, learn about the Udall legacy of public service, and interact with community leaders.

A total of 416 eligible Udall applications were nominated this year by 187 academic institutions. In the third Udall category—environmental—there were 343 applicants, with 37 receiving awards. A total of 55 awardees from 42 colleges and universities were selected based on their career commitments, leadership potential, public service, and academic achievement.

From Law to Economics

A member of the Confederate Tribes of Colville Reservation in northeast Washington, Bray built a long career in the Native American legal system before transferring to WSU in fall 2020 with credits from Wenatchee Valley College (WVC) and Gonzaga University.

Having passed the tribal court bar in 1993, she served 26 years as a prosecutor then public defender/case manager for Colville Confederated Tribes, and as an on-call judge pro tempore for Spokane Tribal Court. She is also self-employed as a public defender/guardian ad litem, and drafted successful changes to tribal election codes to make absentee voting easier. Aside from her successes, she increasingly envisioned systemic changes that would expand the economic potential of tribes, and she decided to pursue a bachelor’s degree at WSU.

“Economic development is the key to improvement in Indian Country and what will bring us into the 21st Century,” she said. “It will lift tribal nations out of poverty and away from associated social problems so we can have growth and prosperity consistent with our own cultural ideals and aspirations. Tribes can develop policies to ensure (benefits to) even their most vulnerable people.”

Bray intends to become an economist in the federal Division of Economic Development at the Dept. of the Interior/Indian Affairs, focusing “on key areas to increase the availability of middle-income housing, reduce brain-drain in Indian country, and more effectively utilize existing legislation.”

While Bray is the youngest of her parents’ seven children and the first to earn a college degree, her own daughter, Aticia, has already earned her WVC Associate in Arts and Sciences degree; daughter Macy is an electrician’s apprenticeship and Gianna is exploring her options. Bray credits her partner Ricky Gabriel for supporting her educational and career goals.

“I thank the Udall Foundation for providing funding to help cover my next year of college. Freedom from financial stress will allow me to connect with others and better grow my circle of help to build a better future for my people.”

Ward’s choice to attend WSU came easy, she said. As the daughter of Paul Ward and sociology alumna Katherine Saluskin, she had visited the Pullman campus and attended WSU’s Na-ha-shnee STEAM Summer Institute as a high schooler and member of the Yakama Tribe. It was at camps that she gained in-depth insight into health careers and their importance to Native Americans and determined she would become a nurse. Two life events reinforced her decision.

At WSU she has participated in several clubs and service programs; she also supports her tribe. In December 2020, she was asked to join the Yakama Nation COVID Relief Team as a contact tracer. One week later she was surprised to learn she herself had contracted the virus.

“Having this illness helped me to understand its seriousness,” she said. “I witnessed many in the tribe struggle with their health.”

Another health-related experience helped define the focus of her future studies and career. When her father had a heart attack, she learned all she could about cardiovascular disease and realized its “prevalence in Native American communities”.

“My goal is to become a nurse practitioner and provide the highest level of care to Native American populations in rural areas,” she said. After receiving her B.S. Nursing degree and working a few years, she will return to college to pursue a Doctor of Nursing Practice (DNP) degree. Her dissertation will investigate how Type II diabetes and cardiovascular disease can be associated with morbidity and mortality among Yakama people and Native Americans in general.

“I want to learn how to blend indigenous knowledge and traditional healing practices with Western medicine, which could lead to longer life spans and greater quality of life and rebuild trust in the health care system. Sharing information with other professionals has the potential to influence the health care of indigenous people across the country,” she said.

“The Udall Scholarship will really help me financially. Also, my Dad had an affiliation with the Udall program and went to Tucson for related activities. I am especially proud to receive this award.”