Washington State University Ph.D. candidate Daphne Weber in anthropology has received the institution’s first Fulbright-Hays award and will live for a year in Thailand with female bhikkuni Buddist monks to learn about their healing effects of their ordination. Her experience there will be her third, following two previous related to her work toward her WSU master’s degree.

Part of the renowned Fulbright suite of awards, the Fulbright-Hays is uniquely funded by a Congressional appropriation to the U.S. Dept. of Education. The award supports research and training efforts overseas that focus on non-western foreign languages and area studies. Weber’s award is in the category of Fulbright-Hays: Doctoral Dissertation Research Abroad.

With it, Weber will spend a year living with and interviewing Thai female monks, formally known as bhikkhuni. She will conduct extensive research for her Ph.D. dissertation on the healing effects of ordination. While female monks are recognized in East Asia, where people mostly practice Mahayana Buddhism, bhikkhuni are not officially recognized within the predominately Theravada tradition of Southeast Asia.

END_OF_DOCUMENT_TOKEN_TO_BE_REPLACED 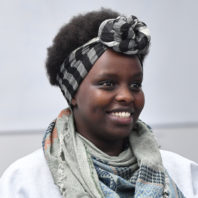 The Schwarzman, first presented to U.S. students in 2016, was created to prepare young leaders to respond to the geopolitical landscape of this century, according to its website. Recipients of the award are tapped to pursue a one-year master’s degree in global affairs, taught in English at Tsinghua University in Beijing China. Scholars can focus on public policy, economics and business, or international studies. The Schwarzman is aimed at deepening the understanding of China’s role in global trends.

END_OF_DOCUMENT_TOKEN_TO_BE_REPLACED

The students are seniors Courtney Klappenbach, a genetics and cellular biology and microbiology double major, and Kristian Gubsch, a chemical engineering major; and, junior Daniel Goto, the only student at WSU with a double major in electrical engineering and materials science engineering.

END_OF_DOCUMENT_TOKEN_TO_BE_REPLACED